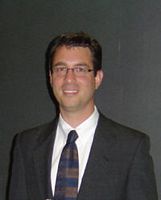 On yesterday’s Space Show, Dr. David Livingston interviewed Liftport’s President & CEO Michael Laine.  Michael described, in painful detail, how he and LiftPort arrived at their current situation.  There were a number of great quotes from Michael during this show, among them being;

“I’d rather build an elevator to space than cure cancer.”

“I’d rather build an elevator to space than an office building.”

And my favorite; “We can make a fair amount of money off the tethered towers.”  The title of this web posting was derived from that quote.  Michael was quite clear; LiftPort is now going to concentrate on generating revenue from their Tethered tower product/technology.  If they can’t make this work, then they are going to close the doors of LiftPort….

They have a new website devoted to this new focus, www.TetheredTowers.com.

I urge all of those interested in the concept of the Space Elevator to listen to this interview.