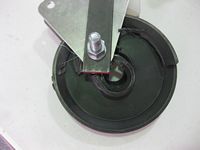 I’m told that at the NASA-Dryden facility, testing begins today on the newly engineered pulley which will be used during the upcoming Space Elevator Games Climber / Power-Beaming competition.

Readers may recall (from my blog and also from the official website of the Games) that the pulley used during the first round of testing failed after much of the testing had been completed.  This pulley failure caused the steel cable raceway to shear.  It was the only technical failure of the day, however, as everything else seemed to hold up very well. 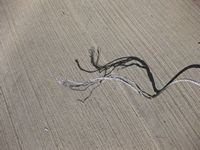 This is preliminary testing of the pulley only as testing with the helicopter and winch will not occur until next week.  I’m sure however, NASA will test this pulley every way they can and so we all are confident that the pulley will perform as needed during the second round of testing next week and at the Games.

This is what testing is for; find those components of the system that fail during normal operations (or beyond) and redesign and/or strengthen them.

Over at the Space Elevator Games Blog, Ben Shelef writes about testing in general.  It’s a very good summary of what testing is all about and the limitations with it.

I’ll be out at Dryden next week for the testing and will be blogging and Tweeting onsite.