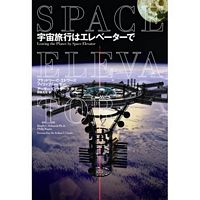 Akira Tsuchida, Captain and Fearless Leader of Team E-T-C, emailed me to let me know that the book by Brad Edwards and Philip Ragan, Leaving the Planet by Space Elevator, has now been translated into Japanese and is available at Japanese book stores.

The translation of its title into Japanese results in ??????????? (The Space Travel by the Elevator).

Akira has also told me that this book has been placed in a position of prominence in the bookstores; with multiple copies being placed on a cart at the front of the store.

And, for those of you who would rather order it online, it’s available at Amazon.com.

(Click on the book cover thumbnail for a larger version)