On the LaserMotive blog, Tom Nugent writes about Jordin Kare’s appearance at the recent Space Access ’08 conference.  He also mentions that the LaserMotive team is not only interested in the Climber / Power-Beaming competition at the Space Elevator Games, but;

“We’re also a team working to bring laser power beaming into the realm of commercial products. For now we’re concentrating (as it were) on the Elevator:2010 competition, but we’re also looking beyond it. More on this point later.”

We’ll be interested to see what their long(er) term goals are…  Finally, we also learn from the blog entry that Tom and his wife Elizabeth are expecting another addition to their family – congratulations!! 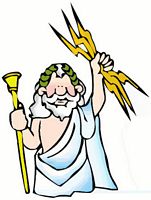 On a laser-related note, UK reader Tony Wright emailed me a link this story (thanks Tony!).  It seems that a team of French and German scientists are now testing a laser (in New Mexico for some reason) which may allow them to generate lightning bolts on demand.  Outside of being cool (and a little scary), they discuss a possible use for such a device; draining the electricial energy from a storm before it can cause damage.  Lightning is, indeed, one of the possible causes of harm to a future Space Elevator and is, in part, why certain areas of the globe are less hospitable for siting the Elevator.  One could imagine such a device being situated near the Elevator; ready to ‘draw off’ possibly harmful electrical energy from a local weather pattern.

I suggest reading the entire story – it’s quite interesting

1 thought on “Update from LaserMotive”