In this Weekend Walkabout, we keep it simple but definitely not local.

But first a programming note: as many of you know, I recently updated this blog to the current version (4.0, now 4.0.1) of WordPress.  Since that time, I’ve been playing around with the features of this release and decided to turn on the “Subscriber” option, thinking that might be a good way to let people more easily follow my posts.  It turns out to be far more trouble than it’s worth (if it’s worth anything at all).  I’ve had hundreds and hundreds of “users” subscribe – but they turn out to be either not users at all (they don’t answer any confirming emails I’ve sent them) or users who are unhappy with this and who have emailed me to let me know they were now getting unsolicited emails.  There are some other issues I’ve found, but the long and short of it is that I have decided to turn this feature off and delete all of the email addresses that had been signed up as a Subscriber.  So, if you were adversely affected by this, I sincerely apologize…

And now to this weekend’s musings.  I have only one item for you, but it is MOST awesome.  This is a new short film by Erik Wernquist entitled WANDERERS.  It’s a paean to exploring the solar system and is accompanied by the voice of Carl Sagan.  The images in it all exist or could exist.  And yes, there is a space elevator in it (albeit on Mars) about 1 minute, 20 seconds into the video.

Wanderers is a vision of humanity’s expansion into the Solar System, based on scientific ideas and concepts of what our future in space might look like, if it ever happens. The locations depicted in the film are digital recreations of actual places in the Solar System, built from real photos and map data where available.  Without any apparent story, other than what you may fill in by yourself, the idea with the film is primarily to show a glimpse of the fantastic and beautiful nature that surrounds us on our neighboring worlds – and above all, how it might appear to us if we were there.

It’s in HD with great sound, so go full-screen, crank up your speakers and enjoy.

The website also contains a Gallery of photo-realistic images, including several of the aforementioned Martian Space Elevator.  These are also high-resolution images and the following is now my Desktop Background: 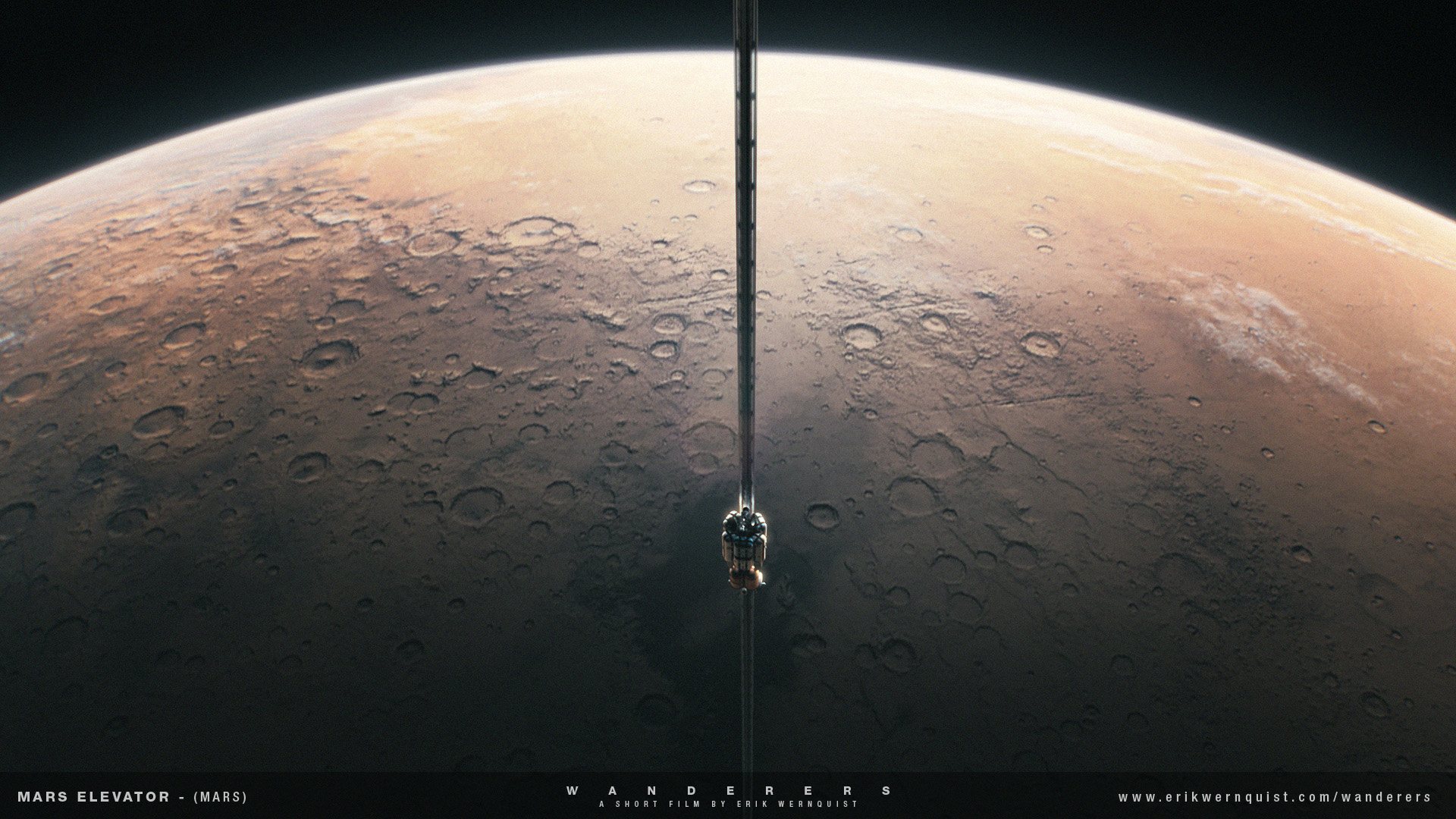 Truly worth the visit – enjoy!