Yesterday, I posted several space elevator themed artistic creations and have some more for you today.  Without further ado…

First up is a very cool Anime creation drawn by Fatimi Kito. I don’t know anything else about it, but found it here. 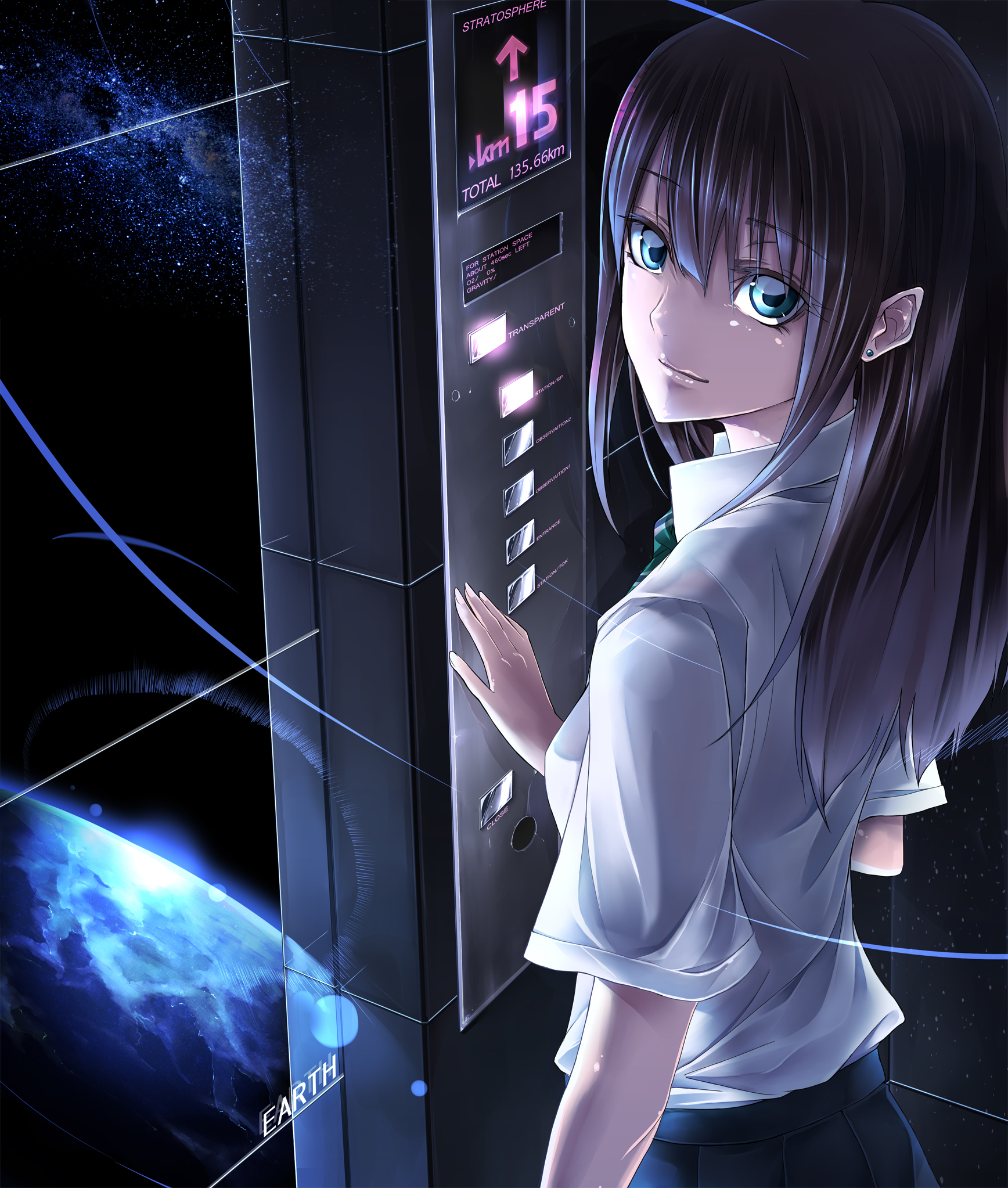 Next up we have a creation from Don Dixon.  According to his website, “Don Dixon is a Fellow and founding member of the International Association of Astronomical Artists (IAAA). Honored by NASA and the New York Society of Illustrators, his artwork has been featured on the covers of Scientific American, Astronomy, Sky and Telescope, Bild der Wissenschaft, and dozens of books, ranging from physics compendiums to science fiction novels.His painting Red Mars, cover art for the first book in Kim Stanley Robinson’s award winning trilogy, rode the Phoenix spacecraft to a successful landing in the arctic region of the Red Planet in 2008 as part of the Planetary Society’s digital ‘Martian Library.’”  That’s quite a resume! 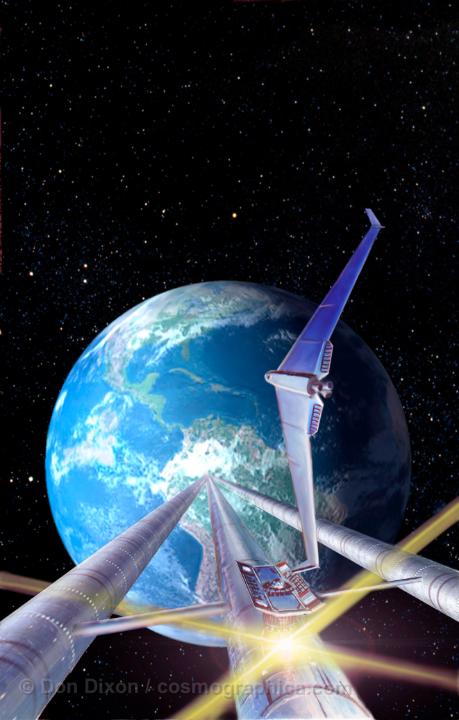 Finally, I present to you two images from French artist Ludovic Celle. He has created several images of a Martian space elevator which you can view on his website. The first one is entitled Descent at Dusk while the second, inspired by the destruction of the Martian Space Elevator in Kim Stanley Robinson’s Red Mars, is labeled Mars – Space Elevator Cable Fall (Horizon). There is another view of the fallen space elevator at his site too. 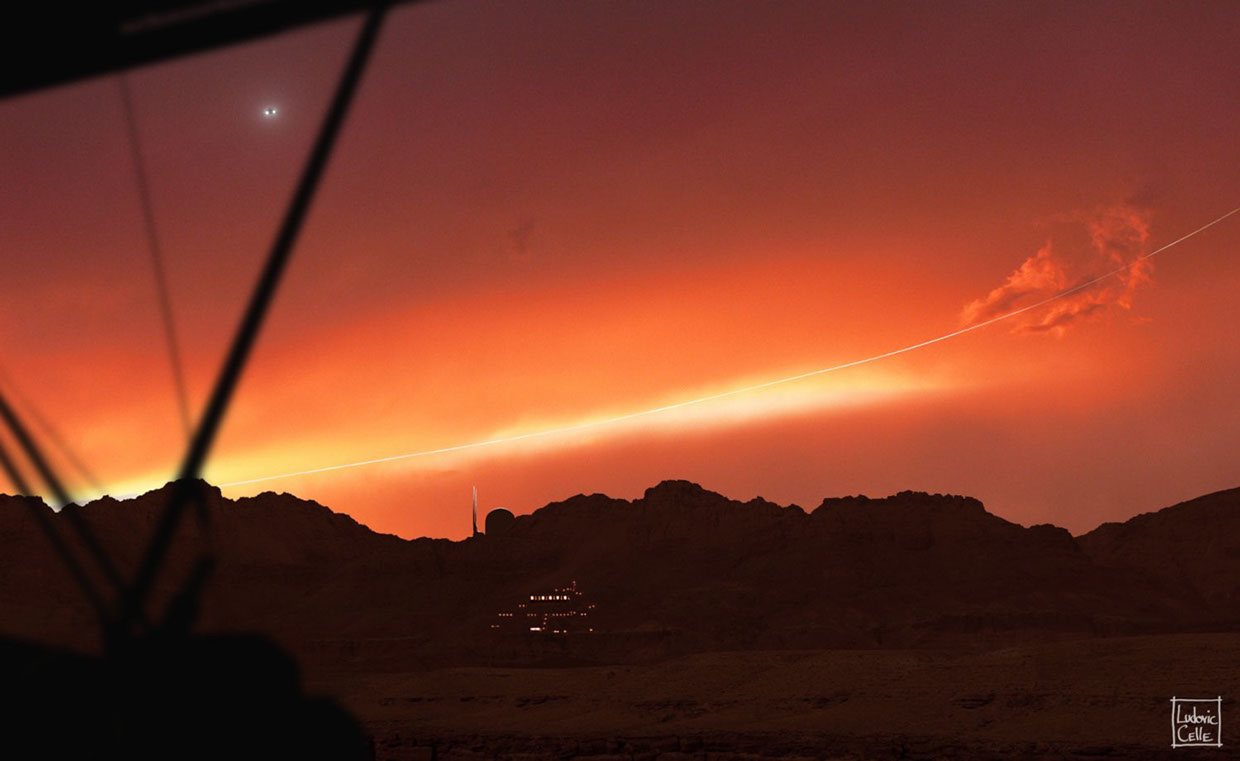 Clicking on any of these images will display a full-size version – enjoy!