Yet another space-elevator-related crowd funding effort has gotten underway, this time on Indiegogo.  Whereas the three previous space-elevator-related crowd funding efforts have been fairly modest in their goals ($8K for the initial LiftPort effort, $20K for the Sky Line Documentary and $37K for the Shoot The Moon Documentary), this new effort is trying to raise $1,000,000 – yes, a million dollars!

It is called “The Space Elevator: Open Source The Way Up” and, beneath the airy hyperbole, the ‘space elevator tower’ it’s proposing seems to be a variant of Nelson Semino’s concept known as “The SpaceShaft”.  The idea behind it is this: when Konstantin Tsiolkovsky originally proposed his tower that reached from the earth to Geostationary orbit (GEO), he was using the Eiffel Tower as a model, an actual building.  An earth-to-GEO tower is not possible as there is no material known (or theorized) that is strong enough to handle the weight of such a structure.  Of course, this hasn’t stopped some physics-challenged people from proposing one anyway – here is an article describing the recent idea of a “…Bollywood singer and part-time inventor…” for a 160km tall elevator called the ‘Telescopic Exo Shell’.  I do plan on putting up a separate blog post showing why this is just not possible. 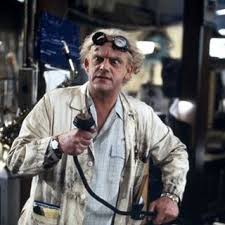 The SpaceShaft attempts to get around this problem by building the tower out of lighter-than-air blocks filled with (in Semino’s case) Helium or (in this Open Source project) Hydrogen.  It sounds plausible at first rub, but even a cursory look at the idea starts to reveal problem after problem.  For example, system stability.  Wind is an issue, a real one.  The Space Shaft tries to solve it with a multitude of guy wires, Open Source by “Using sensors around the tower we can detect incoming winds and power the vertical blades to cancel any force that would bend the tower. If the capability of the wind blades is overwhelmed by the wind then magnetic flux interactions at each module connection will further counter act the bending.”  The proposal goes on to say that if this is not enough, the units will separate by repelling themselves magnetically and floating away, to be reconnected when things calmed down (presumably with quad-copters as stated in the video).  Professor Emmett Brown would be proud…

Another thing Open Source doesn’t address is the lifting capacity of the hydrogen modules.    Open Source wants to power the climbers electromagnetically.  If you’re talking about any reasonable sized payload (metric tons, at least), you’re going to need enormous magnets and then some way to power them.  According to the Video, the lower quarter of the tower will be wind turbines – will that generate enough power?  And they have weight too.  All of that has to be supported, plus the Climber & Payload of course.  Lots and lots and lots of weight.  And, at essentially 1G all the way up (gravity at 50km is 98% of earth-normal).  Open Source also says that the tower/tube is ‘evacuated’  That means that there has to be some sort of door and opening/closing mechanism at the top and also means the modules themselves must be reinforced as external air pressure will try to compress them inwards.  More weight.

And then, of course, Open Source is proposing a 50km tall tower, filled with hydrogen, subject to lightning strikes and using electricity to power the magnets.  What could possibly go wrong?

I love some of the rewards specified:  If you contribute ‘just’ $500, you get ‘2 days above the atmosphere in high quality hotel comfort and restaurant all inclusive‘ – and your safety is guaranteed!  And if you contribute $100,000, you get a ‘Carbon Fiber Floating House‘ with ‘free satellite internet for life‘ – such a deal!  And you won’t have long to wait.  The Hotel is supposed to be ready in December, 2018 and the Floating House in January, 2019.  And hey, they accept BitCoin!

I could go on, but I think I’ve made my point and am being generous in saying that this is just a crazy proposal.

To be clear, I’m not knocking Nelson Semino’s SpaceShaft.  He’s done a lot of work with this and people I respect think there is some merit to his idea.  But this Open Source project is a different animal altogether; trying to raise $1,000,000 based on nothing more than a video and some kumbaya verbiage.

One last problem; the crowd-funding campaigns I’ve participated in are structured so that if the total amount of money pledged by the campaign deadline does not reach the funding goal, pledged funds are returned to the donor.  But Open Source is an Indiegogo Flexible Funding campaign – that means that the project will keep all money donated (minus Indiegogo’s 9% cut), regardless of how much is donated.  I think I’m very safe in saying that anyone foolish enough to donate to this project is going to be very disappointed…

4 thoughts on “Crowd Funding and the Space Elevator”