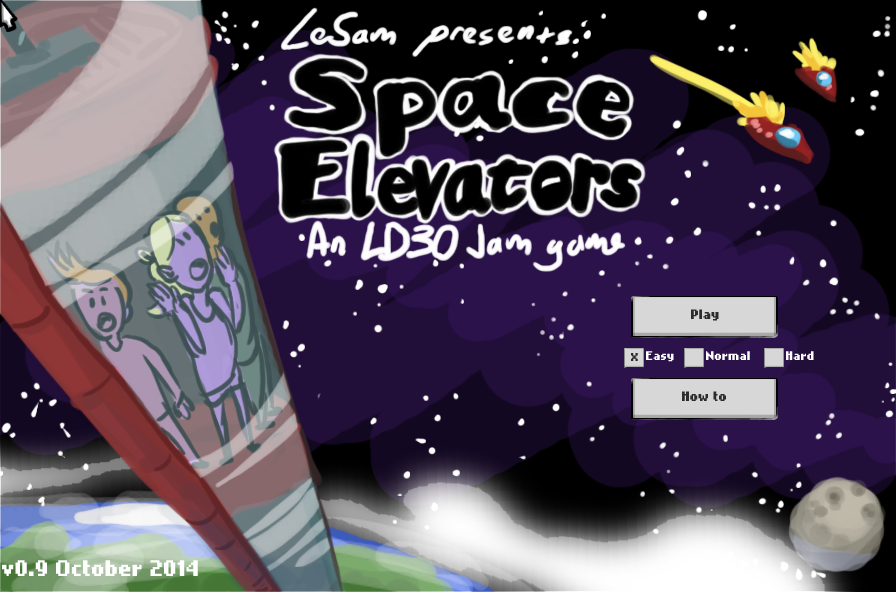 This popped up in my Google Alerts today…

There is a gaming website called Ludum Dare.  It is:

“…a community of game developers best known for the accelerated game development event (Game Jam) of the same name. During a “Ludum Dare”, participants create games from scratch in a weekend, based on a theme suggested by the community. Ludum Dare events take place regularly, every April, August and December.

Founded in April 2002 by Geoff Howland, the Ludum Dare community has been running its brand of Game Jam for more than 12 years now (before the term Game Jam had even caught on). The website is run and maintained by Mike Kasprzak, an original participant and part of the team that has been bringing you the event since the beginning.”

Their latest offering is called “Space Elevators – An LD30 Jam Game“.  Aliens are coming to invade earth and you have to build a giant spaceship to evacuate humanity.  And, of course, you need a space elevator in order to get some of the required resources from another planet. 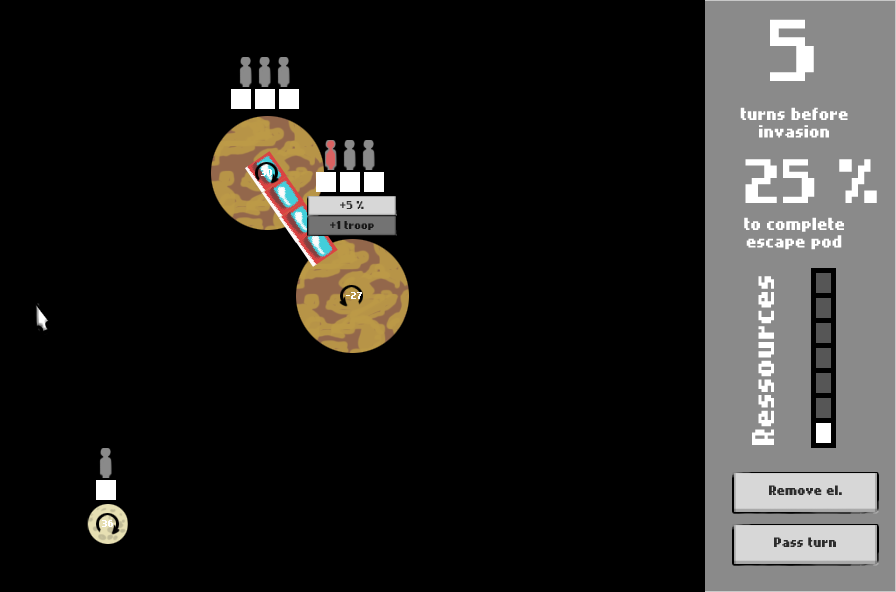 The game is pretty rough (for example, there doesn’t seem to be a way to play it in Easy mode – you have to click on Normal mode – otherwise you get only instructions, there are some spelling errors, etc.), but given their modus operandi, that’s perfectly understandable.  If I have time this weekend, I will play this and see what kind of success I can have.

The graphics really remind me of the old Space Invaders game; low-resolution, jerky movements, gaudy colors, etc. – it was one of my favorite games and I was sorry when the controller bit the dust.