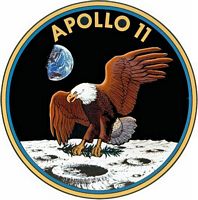 Forty years ago today, Neil Armstrong became the first man to step foot on the moon, or indeed on any astronomical body outside the earth.

I remember precisely where I was at that time.  I was at my fiance’s home, watching TV with her and her family.  They had a black and white TV and OK reception – but it was good enough to see everything I wanted to see.

Much has been made lately about the restored footage of the moon landing – but none of that matters to me (though the responsible party, or perhaps I should say irresponsible party at NASA that allowed the original tapes to disappear deserves to have his/her name(s) listed on the all-time Wall of Shame).  I saw it happen when it happened and the magic of the moment has never left me. Near-senior citizen status does have its compensations, I guess.

It’s amazing that this happened 40 years ago.  And no one else has done it, only the United States through its NASA arm.