Many of you remember, I’m sure, a cartoon on the most-excellent XKCD website entitled Payloads.  This cartoon compared and contrasted, in increments of “horses” (which I calculate to represent 1,200 pound increments), the differences in Launch Vehicle Capacity and Spacecraft mass of various space craft from the past, present and future.

The kicker for Space Elevator fans was, if you moused over the original cartoon, the comment “With a space elevator, a backyard of solar panels could launch about 500 horses per year, and a large power plant could launch 10 horses per minute” would briefly appear.

I have no idea where he got the space elevator numbers from but, as a proponent of the idea of a space elevator, I have to compliment the enthusiasm on his part 🙂 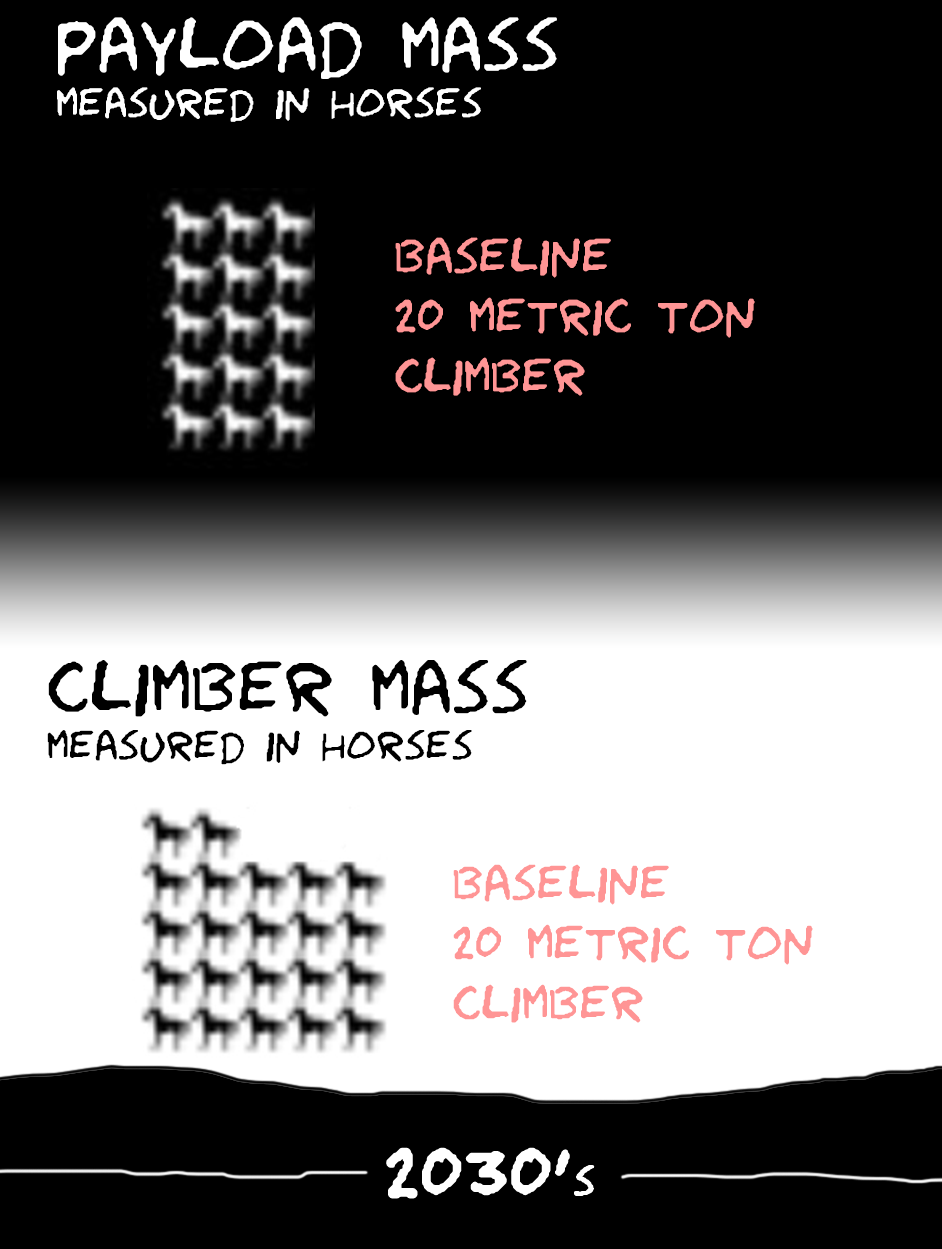 How much payload COULD a space elevator launch?  The answer to that is, as you might expect, complicated.  It depends almost exclusively on the carrying capacity of the tether and the power system.  I’ll talk more about this in the next post, but for now, you can read the Space Elevator Power System Analysis and Optimization document written by Spaceward CEO Ben Shelef.  It lays out very clearly why power systems have such a profound effect on the throughput of a space elevator.

Here is my contribution / augmentation to the XKCD cartoon showing the weight of the Climber and the Payload which can be carried by a Climber for the Edwards-Westling baseline 20MetricTon space elevator.

Total Climber mass, with Payload, is 20 Metric Tons.  Payload makes up about 40%.

Click on the graphic to see a larger version.