As part of the “LiftPort 2.0” relaunch, Michael Laine and company have created a Kickstarter campaign to finance some projects they want to do/accomplish.

Their initial goal was to raise $8K to finance some fairly low-grade experiments and they have totally blown by that (their campaign has raised over $60K at the time of this blog post – MOST impressive…).  This will allow them to fund some of their ‘stretch’ goals which are much more ambitious undertakings. 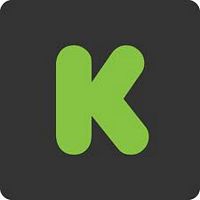 I spent some time with Michael at the recent Space Elevator Conference (posts about this Conference are coming soon – promise!) and it was very good to interact with him again.  He’s a dynamic force in the community and I’m glad he’s back.

I’ve become a sponsor of the LiftPort KickStarter project (at the Video Channel level – I think it’s a great idea) and I encourage you to do the same (at any level).  There’s a lot we need to learn to make a Space Elevator a possibility and this effort will contribute to the total body of knowledge that will be necessary to make this most magnificent of all engineering projects a reality.

(Note that funding for these projects will close on September 13th, so act soon if you want to be a part of this!)

4 thoughts on “LiftPort and Kickstarter…”