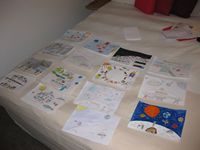 Well, this was a switch.  The flight from Chicago to Zurich and then the connection between Zurich and Luxembourg were both on time and mostly empty.  I’m used to flying planes in the States – everyone packed in like sardines.  I wondered why the airfares from Chicago to Luxembourg kept getting cheaper and cheaper and now I know why – SwissAir (or whatever they’re called now – why is their airline code “LX”?) was trying to lure some more passengers.  Anyway, it was quite pleasant – well, as pleasant as 9 hours in an airplane can be…

I arrived today at the Luxembourg airport at about 2:20pm, local time.  Markus Klettner from EuroSpaceward kindly met me at the airport and drove me to the Novotel where the conference is being held at and where also I’m staying.  On the way, he gave me a little surprise – I’ve been chosen to judge a coloring contest – “How do you Imagine Life on the Moon?” – an event held as part of the EuroSpaceward conference.  The particulars:

This contest is intended for children attending school in Luxembourg from levels 1st to 9th grade to create awareness of the technological and scientific areas of space study, research and development forty years after the first human steps on the moon.

This challenge is held for the second time in Luxembourg city, encouraged and organized by the European Spaceward Association who is dedicated to the research and development of space related activities in Europe, and sponsored by MUDAM (Musee d’Art Modern) Luxembourg and Skoda, Luxembourg.

Full imagination and artistic sensitivity will be portrayed in each of the children’s drawings containing a message towards life on the moon, beyond borders and differences in their background, cultures and languages.

The Guidelines state that the “Drawings can be submitted in color or pencil” and that “The most original drawings will be considered for winning selection.”

An art critic I’m not, so this should be quite a challenge.  I think building a Space Elevator might be something easier for me to do.   I’ve got about 60 drawings to look at and I have to choose 9 of them as “...the most original...”.  To top it all, I’m the one designated to hand out the prizes, so I will be there, in person, to receive the grief for a job poorly done.

But I guess it goes with the territory.  If I’m going to be the President of such a large and prestigious organization as the International Space Elevator Consortium (ISEC), I have to fulfill my role as a fount of wisdom 🙁 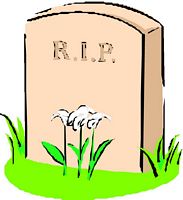 The picture thumbnail shows several of the drawings I have to judge (click on the thumbnail to see a full size version).  I have until Friday, noon, to make my decision.