It appears that I was wrong (or at least premature) when I wrote back on August 6th “Please note that only 3 teams. USST, KCSP and LaserMotive, have qualified at this point to compete for the NASA-sponsored prize money.  I do not believe that any other teams will be added to this mix in the future as the qualification window for the Climber / Power-Beaming competition is now closed.”  During this time period where changes were being made to the raceway, the team from the National Space Society (NSS) has been furiously working on their climber, hoping against hope that they could somehow qualify in time for the competition. 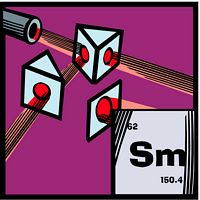 It appears that this may now be a possibility.  Next Monday and Tuesday, October 12th and 13th, the team from NSS will be at the TRUMPF facility in Plymouth, Michigan, testing and validating their Climber and power-control system. Personnel from both Spaceward and NASA-Dryden will be there too, along with yours truly.

I haven’t been able to make either of the previous two new raceway tests and that was a major bummer for me, so I’m really glad to be able to make this set of testing.

If NSS passes this set of tests, they will be fully qualified to compete.  And, regarding the actual competition itself, the actual date for this will be announced very soon (really, truly, trust me) and the competition will be soon, too.  The raceway is all ready – now it’s just a matter of scheduling the logistics of NASA, Dryden and TRUMPF.  The three (or maybe now four) teams are also ready.

I’ll be blogging and Tweeting from the TRUMPF facility and will post a wrap-up afterwards.  Also, I’m sure Ben will be updating us on events over at the official site of the Space Elevator Games.