Well, that didn’t take long.  The video clip I put up of Brian Turner of the Kansas City Space Pirates appearing on the Conan O’Brien show has been taken down due to “Copyright violations”.  I don’t know why – there’s a ton of other Conan video clips up on YouTube.  Maybe someone from another Climber/Power-Beaming team complained because they thought that Brian was getting too much publicity 🙂  Anyway, you can go to the Conan O’Brien website and see the clip.  Don’t delay though, it probably won’t be up there for long either.  Go to this website, navigate to the “May 2nd” episode and then select on “Brian Turner”. 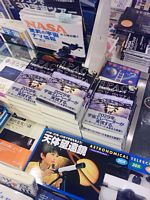 I received a couple of photos from Akira Tsuchida, Captain and Fearless Leader of team E-T-C, showing the Japanese translation of the Edwards-Ragan book “Leaving the Planet by Space Elevator” on sale at a Japanese bookstore.  When Akira first wrote me about this, he exclaimed that the book was “Laying on it’s side!!”  I had no clue why that was important until he explained to me that this was reserved only for books with multiple copies – a position of prominence I’m told.  On a related note, I received an email from Phil Ragan, the co-author of the book.  He emailed me to say; “I just saw your spaceelevatorblog.com web site for the first time, sorry I hadn’t come across it earlier.  Thanks for the supportive words about our book! The intent was to increase the public awareness of the project and help it along in some way.  We’ve just had the Japanese version of the book released and it is in the stores in Tokyo and available at amazon.com.jp and its prompting the book publisher to consider taking us up for a second edition in English, which would be great if it happens.”  So, way cool… 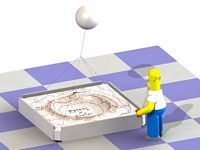 On the Spaceward Foundation website, there is an “Artist’s rendition” (complete with Homer Simpson) of a mockup of what the 2008 Space Elevator Games venue might look like (if it’s held at Meteor Crater in Arizona).  This mockup will be on display at this year’s ISDC and SEC2008 (and probably some other venues too).

Speaking of ISDC, Ben Shelef of the Spaceward Foundation will be there (with the aforementioned venue mockup) along with representatives of some of the teams entering this year’s Space Elevator competition.  I may make it there myself – we’ll see…

And, speaking of the Space Elevator games, the observant may note that the date for these games (posted on the sidebar of this blog) has been changed from September 8th to September 26th-28th.  The September 8th date was never really ‘set in stone’ – it was just a target date.  The 26th-28th dates (with qualifications beginning on the 23rd or 24th) is a much more firm date. 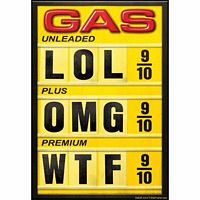 And finally, just another example of how the term “Space Elevator” is entering into the everyday lexicon.  In this article, the author is complaining about the rise in diesel fuel prices saying; “Sure, fuel spikes aren’t new, but this time it’s less of a roller-coaster ride than a space elevator.”

(For all pictures, click on the thumbnails for a larger version)