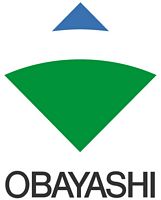 I had several people email me today with the story that the Japanese Construction company Obayashi is making plans to build a space elevator.

The original story is in Obayashi’s Quarterly Magazine #53 and was announced in a Press Release which you can view online, in Japanese of course (you can use Google Chrome to view it and translate it into English).  The Press Release also shows a few concept drawings of the tether and Base Station.

Their general approach seems to be along the lines of the Edwards-Westling model, i.e. a 100,000 km long tether made out of CNTs stretching from a base station on earth (the concept drawing seems to indicate an ocean location) to a counterweight in space.  They describe Climbers, possibly powered by ‘magnetic linear motors’ traveling at ~200km/hr and a space station located at geosynchronous orbit.  They also talk about Solar panels located at the space station, beaming power back to earth.

What they DON’T say is how they will power the Climbers nor do they discuss how CNTs are going to be spun into something useful (the major sticking point right now, IMHO), etc.  From the Daily Yomiuri Online article:

Whether carbon nanotubes can be mass-produced economically enough and whether various organizations from around the world can work together are two key issues facing the development of the space elevator, according to the company.

“At this moment, we cannot estimate the cost for the project,” an Obayashi official said. “However, we’ll try to make steady progress so that it won’t end just up as simply a dream.”

The story is also on the Japan Space Elevator Assocation (JSEA) website and I hope they can work together on this project.  Right now, it’s obviously more “concept” than “engineering”, but as one of my readers put it “Good to see they are still excited in Japan.”

(Picture thumbnail of Tether and Space Station from the Obayashi Magazine Press Release.  Click on it to see a larger version or visit the article to see still more concept pictures).