Over the past few weeks, the Kickstarter campaign to create the Shoot the Moon documentary has issued a couple of updates:

Project Update #12 – Posters, starships and more filming in the Northwest 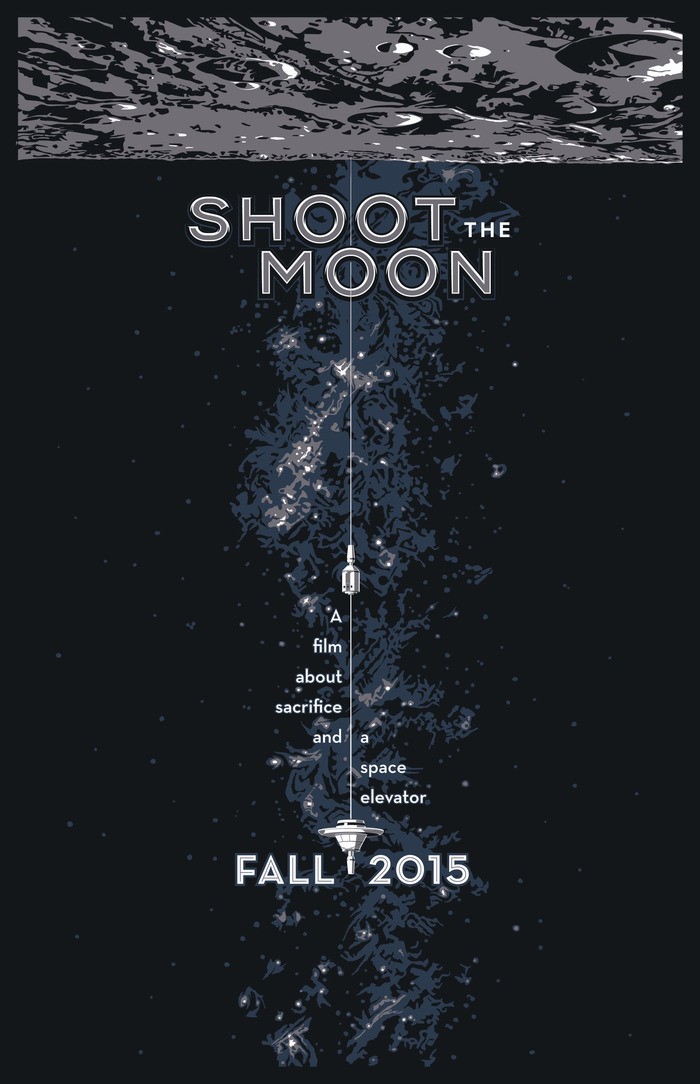 2015 has started with a flurry of activity for Shoot The Moon. The team will be in Oregon and Washington for the next few weeks shooting additional interviews, b-roll, and capturing Michael and David’s activities. If you’re in the neighborhood give us a shoutout on twitter.

The team back in New York City are busy organizing the existing footage and prepping for the editing process. The home stretch is upon us.

Thomas Roner of The Chopping Block/Chop Shop has been designing the Shoot The Moon swag. He just completed the movie poster!

We hope you like it as much as we do. Thanks Thomas!

We asked you to help us get some great special effects for this movie and you delivered. We are now happy to report that the storyboards are nearly complete. During our time in the Northwest, we met up with Charles Adams – the world renowned starship builder and designer. He will soon get to work designing amazing space elevator stuff for the special effects sequences. We are lucky to have him onboard and happy that he found the time in the midst of his work on the next Star Trek movie and other cool Sci-Fi projects.

Stay tuned for our Kickstarter survey. We are nearly there in terms of shipping items to our backers.

Thanks again for all your support! We wouldn’t be able to do this without you!
The Shoot The Moon team 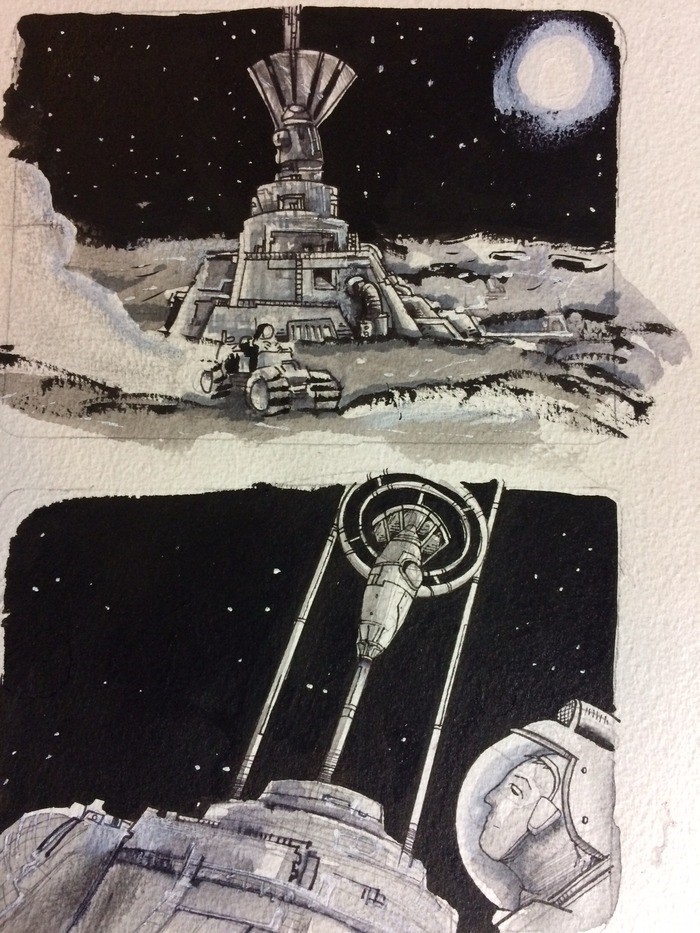 As we gear up to film the miniature sequences you so generously helped us fund, the main production of Shoot The Moon is in the home stretch! Expect a bunch of updates over the next 30 days as we finish shooting the body of the film.

In the meantime, a side project of mine could use your help if you’re so inclined! Brian And Lindsay Will Totally Eat That is just finishing what has been a very exciting Kickstarter campaign.

It’s a comedy webseries I’m going to direct for MaximumFun.org. I’m really proud of the two pilot episodes we’ve put out, and if you have a few bucks to spare, we could really use the help!