A few updates for you…

Over at Marc Boucher’s Space Elevator Reference (THE original Space Elevator website), Marc tells us that “The European Spaceward Association has made available a summary report from the recent 4th Luxembourg Carbon Nanotechnology and Space Elevator Systems as well as the book of abstracts.”  Full details and links can be found at his posting here. 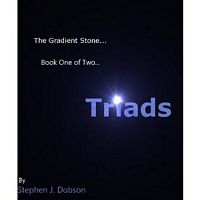 A new book (Triads, The Gradient Stone) themed around a Space Elevator is now available.  From the abstract;

The Gradient Stone, an unidentifiable purple comet, collides with the space elevator creating the first disaster of spacetime mankind has ever faced, what’s even worse is that the hero Alex also seems to be the cause.  The greatest military killers are converging at the world’s first space elevator to form a new branch of military; Primary Resistance and Offensive Tactical Officer’s or PROTO’s are interplanetary paratroopers who possess not only the most advanced weapons and black ops technology but who rely on the ability to kill without emotion. This story follows the cocky and quick-tempered Alex Amador who is intrigued by the calm and collected Evelyn Artwright as they struggle to uncover the reasons why strange global events seem to be centered around Alex and his 19th century relative.

It’s available, it seems, only in Kindle eBook format for $.99.  You can learn more about it here and buy it directly from Amazon here.

Mr. Uche Ogbuji (follow his Tweets at @uogbuji) Tweets that “Also I’m honored my poem “Sendai Space Elevator” will appear in the “New Sun Rising” anthology to benefit Japan http://booksthathelp.org/.  From the website:

On March 11, 2011 a devastating earthquake and tsunami struck the north of Japan. In the wake of one of the most catastrophic natural disasters in the history of Japan, a state of nuclear emergency was declared, forcing the evacuation of thousands more.

The idea for New Sun Rising: Stories for Japan was born.

Thanks to your overwhelming generosity, we’ve received amazing stories, poems, and art from around the world. Enough for half a dozen books.

Right now, we’re going through all the wonderful work you’ve sent, making some really difficult decisions. And we’re really excited about how amazing this book is going to be.

And we’re going to give one hundred percent of the proceeds to the Red Cross to aid the relief effort in Japan.

On a related note, I had previously blogged that there was now a Space Elevator app for the iPad.  The author of the app, Mr. Shigeo Saito sent me this update about it:

As you pointed out, this digital book is a revised version of the one you saw two years ago.  I added 4 pages of writing to the old one, changed all of background illustration and attached a movie file of the SE-technology competition held in Japan 2009.

This “Pocketbook” is a digest for beginners who will learn about the Space Elevator for the first time.  I hope this book will become a help in this topic for them.

As you know, a big earthquakes hit our country last week. This digital book was released the day after the earthquakes happened.  So I am going to pay some part of my profit of this book as contribution.

So, you can purchase this cool app and help out Japan at the same time.  Thanks Saito-san!