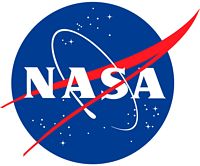 NASA turned the Awards Ceremony into a full-blown presentation, complete with speeches, media coverage and, of course, the awarding of the $900,000 prize to Team LaserMotive.  This ceremony was held in the hanger / machine shop that was the team headquarters throughout the competition (and throughout the testing).

First up to speak was David McBride, acting Center Director for the NASA-Dryden Flight Research Center.  He was only recently (April, 2009) appointed to this position and I have to think he was very pleased by this turn of events – it marks a success for his center and he and his team.

Next up was Andy Petro, Program Executive for the Innovation Incubator – part of the NASA Innovative Partner’s Program.  He spoke about how the Spaceward Foundation’s accomplishment in this just-completed Challenge was exactly what NASA had in mind when they started this program – using prize money to encourage people outside of NASA to think outside the box in developing technologies that NASA believes has a future in space exploration.

Then it was Ben Shelef’s turn.  Ben is the CEO of the Spaceward Foundation, the organizer of this Centennial Challenge (and also the Strong-Tether Challenge).  Ben gave a brief history of this Power-Beaming challenge and then thanked all of the people who helped put on this event (it was a lengthy list).  He then introduced the team captains.

USST’s Patrick Allen spoke about how, though his team was disappointed in the outcome, they were very happy to have been part of this Challenge.  He thanked his University (the University of Saskatchewan) for their support and then thanked all of the USST team members, past and present, for their efforts.

The Kansas City Space Pirate’s Brian Turner was up next.  He gave a short, emotional speech thanking the event organizers, his team sponsors and most of all his team members for their efforts and for ‘believing in him’ even when he doubted himself.  He also talked about how he is a person who is driven to compete and he thanked the other two teams for being worthy competitors and driving KCSP to be the best they could be.

Last up was the LaserMotive Team.  Dr. Jordin Kare (on the right) spoke first and gave a brief history of how he and Tom Nugent started LaserMotive and their evolution to their current success.  He thanked the event organizers, NASA, the team sponsors and team members.  Tom Nugent joined him and echoed Jordin’s thanks to all concerned.

Finally, Andy and Ben took the podium again and presented the $900,000 check to Jordin and Tom from Team LaserMotive.  It was a exciting and very satisfying outcome of this Challenge.

Well done to all!