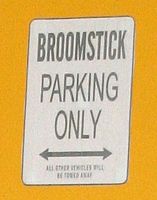 I’m sure many of you saw the BBC News Article about using vibrations to power a Space Elevator Climber (along with a very short video clip demonstrating the effect via using a broomstick).

On YouTube now, there is a longer video where the engineer who has proposed the idea at the recent EuroSpaceward conference, Age-Raymond Riise, talks about how this idea works and some of the problems it introduces.
.

[youtube]http://www.youtube.com/watch?v=j_YZWKS9Yqs[/youtube]
.
Frankly, I’m a bit skeptical of this idea.  There is already, IMHO, too much going on with the tether (having to move it to avoid potential collisions as well as just the natural vibrations which will already be in the tether due to the Climbers, the sun, the moon, etc.) and introducing this will just muck up the works even more.  But I’m not a physicist, perhaps I’m wrong.

One of the things we hope to do with ISEC is to launch a ‘rapid-response-team’ which will look at ideas like this and say if they are feasible or not.  It will be nice to catch the news cycle these stories appear in and give them a bit more credibility if they past muster, or point out the obvious flaws in them if they do not.

3 thoughts on “Vibrating your way to space?”